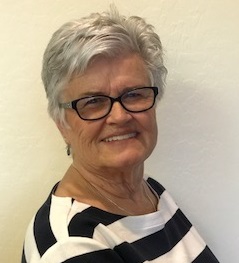 Sue Gilberston
Founder
Ms. Gilbertson currently serves on the Board of Directors of MIKID; the Mental Health Awareness Coalition (MHAC); is the Board secretary of Arizona Behavioral Health Corporation (ABC) and is a member of the Governing Body of the Arizona State Hospital. She is a life member of the Military Order of the Purple Heart, the Phoenix Theater Guild, and the Mental Health Guild. She is a retired Flotilla Commander of the United States Coast Guard Auxiliary.

Ms. Gilbertson has a Bachelor’s degree in Business and Economics from the University of Minnesota – Duluth.

Mr. Williams received his Bachelor’s degree in Engineering from ASU and his Juris Doctorate from Arizona State University College of Law.

Elizabeth Harken
Vice President
Ms. Harken is a seasoned compliance executive, with experience in a broad array of health care programs throughout the United States. Ms. Harken served as the Chief Compliance Officer for a national MBHO, during which time she oversaw compliance with 15 state Medicaid programs, as well as Medicare Advantage, ERISA, state insurance requirements, federal contracts, and Employee Assistance Programs. In addition to regulatory compliance, Ms. Harken developed and managed: the fraud, waste and abuse prevention and detection program, the privacy program, including implementation of HITECH amendments; the compliance training and education; and the internal audit and ethics hotline. Ms. Harken joined Crestline Advisors, LLC. in January of 2015, with a primary focus on compliance programs, fraud, waste and abuse prevention and detection, and health care regulations. Ms. Harken received her B.A. in psychology from Cornell College and J.D. from the University of Iowa. She is member of the State Bar of Arizona. 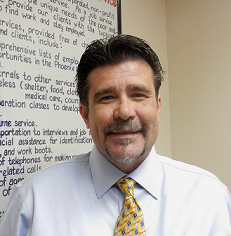 Patrick Winters
Secretary
Over 30 years experience as a leader in a variety of executive management and director positions in both for-profit and non-profit sectors.

Currently the Director of Programs at St. Joseph the Worker in Phoenix.

Patrick has been on the Board of Directors for MIKID since 2017.

Ilene Dode
Past President
Dr. Dode is a current member of the Arizona Foster Care Review Board, Arizona Council of Human Service Providers and the Southwestern School for Behavioral Health Studies. She is the Co-Founder of the Arizona Suicide Prevention Coalition and serves on the Child Fatality Review Team’s Maricopa County Suicide Committee. Dr. Dode volunteers her time on the MIKID Board of Directors as well as with the Fresh Start Women’s Foundation, East Valley Adult Resources, TASC Community Grant Initiatives and was appointed as the Commissioner for the Tempe Family Justice Commission in 2016.

Dr. Dode graduated from Arizona State University with a Masters degree in Counseling and a Doctoral degree of Philosophy in Higher Education.

Erin Callinan
Board Member
Erin Callinan has been an advocate for eradicating the stigma surrounding mental illness since she was diagnosed with bipolar disorder in 2001. After graduating from the University of Arizona in 2007, Erin returned to her hometown of Flagstaff and began working as an advocate and shelter manager of a domestic violence crisis shelter for the next 3 years. In 2011, Erin moved to Phoenix and joined the Arizona Coalition to End Sexual and Domestic Violence as the Training and Technical Assistance Manager. She has facilitated over 2200 hours of training throughout the country on sexual assault, domestic violence, mental health, and the effects of trauma.

Erin is the owner of Peace of My Mind, L.L.C. through which she authored and self-published her book entitled, Beautifully Bipolar: An Inspiring Look Into Mental Illness.In partnership with her family and psychiatrist, Erin travels throughout the state using her voice and passion to de-stigmatize mental illness so that families and individuals no longer have to suffer in silence.

Purchase her book “Beautifully Bipolar: An Inspiring Look Into Mental Illness” on her website: www.beautifullybipolar.com

Susan Cannata
Board Member
Member/Partner of Law Firm Peters, Cannata & Moody PLC Phoenix Ms. Cannata received her juris doctor degree from the University of Arizona College of Law in 1991, where she graduated summa cum laude and was awarded membership in the Order of the Coif. After law school, Ms. Cannata served as a law clerk to both the Honorable Earl H. Carroll of the United States District Court for the District of Arizona, and the Honorable Michael Daly Hawkins of the United States Court of Appeals for the Ninth Circuit. She practiced commercial litigation and government relations with Meyer, Hendricks, Victor, Osborn & Maledon. She has been with Peters, Cannata & Moody since its inception in 1995. Ms. Cannata works extensively in the area of government relations, representing a broad range of public and private clients before legislative and administrative bodies. 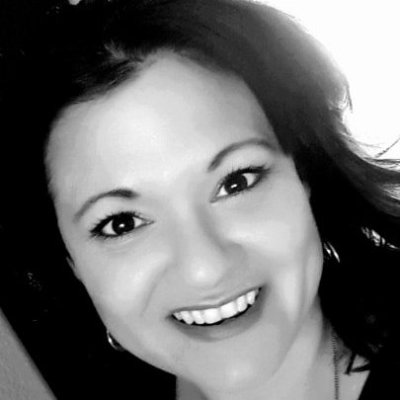 Christina Blair
Board Member
Mrs. Blair started her career as a Combat Medic with the US Army. Since 2012, Mrs. Blair has worked in the human service field in Peer and Family Support with Choices Network of Arizona, as a Counseling Intern with Southwest Behavioral Health Services and Calvary Addiction and Recovery. Mrs. Blair is currently an IOP Therapist with Valle Del Sol.

Mrs. Blair received her graduate degree in Clinical Counseling from the University of Phoenix and is currently a Licensed Associate Counselor-in progress.

Mrs. Blair is a parent to a child with behavioral health challenges.